The F bomb. F for Failure in Innovation. | The Big Bang Partnership
Login
Skip to content

Posted in Launch Your Business, Lead Your Team by Jo North

Or: how to replace the word “failure” with “learning”

In my innovation masterclasses, the theme of wanting to get things right and always have the “perfect” solution comes up time and time again.

Getting it right first time is a great aspiration, and there’s nothing wrong with that in principle. The challenge is that, by definition, when we are innovating in business we are working on commercialising something that hasn’t been done before. We can use data and analysis, look at what has happened elsewhere and the rest of it, but if we are doing something new it’s rare than we can predict with complete accuracy how the market will respond, and how well our ideas will work in practice. So being comfortable with failure (I prefer to replace the word “failure” with “learning”) is essential if you want to grow your business.

If you ask ten people what failure is, the chances are that you’re going to get ten very different answers. By definition, failure is “…the state or condition of not meeting a desirable or intended objective.” So, failure is not succeeding in your goals. The problem is that people see failure as a bad thing, something to fear, something to avoid. Failure may be an experience that you try to avoid, but you can learn something when you fail. It’s a critical part of your growth as a person and as a business owner.

In business, failure is a stepping stone to success rather than something to stop you from achieving your goals. Click To Tweet

In business, failure is a stepping stone to success rather than something to stop you from achieving your goals. If you have been in a position where you have failed in executing goals in your business, that doesn’t make you a failure, it’s part and parcel of being an entrepreneur. The resilience that you show when you learn from it and bounce should be enough to give you the courage to continue in your path; you’ll just do it a little differently this time.

You see, failure is what will help you to learn how not to do something. Thomas Edison never believed that he failed to create the lightbulb. Instead, he realised that there were over 1,000 ways NOT to make a lightbulb and only one way to make it work. If he had given up after he failed the first ten times, the world would be a very different place. Each of his failures didn’t make him quit and give up; instead, they pushed him to learn and try again continuously.

A big part of growing your business is in experimentation, so there’s no need to quit if what you have tried doesn’t work the first time. Click To Tweet

A big part of growing your business is in experimentation, so there’s no need to quit if what you have tried doesn’t work the first time. It’s through failing that you can get to that next step – don’t be afraid to explore what failure means to you.

When your ideas fail

There are indeed few entrepreneurs that will make it big when they start out. According to this article by the Small Business Administration Office of Advocacy in the US, roughly 80% of small businesses survive their first year. However, this number drops rather dramatically with only around half of all small companies surviving the first five years in active business. Most successful entrepreneurs often start with several businesses before they really make their mark on the world.

The one thing that those successful entrepreneurs have in common is that they have weathered failures along the road to success. They eventually get to where they want to go because they prioritise their motivation for success and keep going even when they need to divert.

If you feel like your business ideas aren’t working, you need to sit down to go through some tough decision-making in order to decide how to push forward. There are many reasons why an idea might fail, and these include:

The failures that you encounter along the way are going to help you to do develop and strengthen your ideas. Innovation is an iterative process. That means progress doesn’t always happen in a nice straight line. Sometimes we need to go backwards so that we can go forwards again.

Do you make your ideas happen?

A key difference between successful entrepreneurs and everyone else is action. I meet so many people who have great product or service ideas but never do anything about it. The reasons are usually either because they lack confidence in their idea, it feels difficult, people don’t think they have the time, or they genuinely just don’t know how to take an idea and commercialise it. So, they give up too quickly.

All it takes is one good idea to make a product a success, but it takes self-belief, motivation and time management to make an idea a reality. You can’t just give up if one person gives you lousy feedback that you didn’t want to hear. Trust your instincts and strengthen your self-belief to help you drive through the challenges that innovation can bring. If you’d like some specific advice and tips on how to do this, you might like these articles: Entrepreneurship, confidence and wobbles, How to dare to be different  and How to become more self confident.

Motivation and enthusiasm as well as embracing trial and error, are what will stop your idea from being one that fails before you get it off the ground. You’re the one behind this idea, and there is no magic solution to make your idea a reality. All you need is to accept good feedback with the criticism and go into it with an open mind. Criticism is not something that should make your ideas invalid. Instead, it should strengthen them – much like a failure can make you stronger, not weaker.

Hopefully, we’ve already established that failure is a necessary step towards growth, and you will encounter this is in your ideas and experimenting with them. In fact, when we deliberately use innovation strategies such as lean start-up, failure (also now known as learning!) is built in.

The fundamental approach of lean start-up is to turn ideas into products or services, measure how customers respond, and then learn whether to pivot or persevere. All successful innovation processes should be geared to accelerate that feedback loop.

In reality, this means that you run tests on your idea and keep testing and tweaking until you get the desired result.

When you experiment, and you realise something doesn’t work, it doesn’t make it a failure. Instead, it shows you what not to do next time.

And when you brainstorm in the office, you pitch ideas in a group, some not-so-great ideas will come up. You need those to inspire and shape the good ones, so don’t write them off. You need to have a business where you can be free to fail – be free to learn – as many times as it takes to succeed.

Repeated, avoidable and unnecessary mistakes are not the sort of failure that will help your business, and I think it’s really important to make that distinction. If you’re getting fundamental stuff wrong repeatedly in the day-to-day running of your business, and you know how to do it better but aren’t doing it, that needs to get sorted as soon as possible.

If you’re getting fundamental stuff wrong repeatedly in the day-to-day running of your business, and you know how to do it better but aren’t doing it, that needs to get sorted as soon as possible. Click To Tweet

The problem with glorifying failure

Failure is going to happen in business, whether you plan for it to or not.

Sometimes, I think failure is glorified unnecessarily and unhelpfully.

There is a big difference between owning the failure, learning from it and moving forward, and glorifying failure. It’s not the failure that happens that’s the problem, but how you respond to it that matters most. Glorifying it helps you to avoid feeling judged for failing in the first place but doing so can have some consequences that you may not have expected.

There is so much bluster about business “heroes” who have failed spectacularly, only to rise like a phoenix from the ashes to conquer their market. Some of these stories are true, I’m sure, but to me they often seem to be a bit overly-dramatised, especially in our internet culture and the resurgent trend of storytelling in marketing.

When we hear of failure in the stories of other, it gives the story a ring of authenticity, of counterintuitive wisdom. It can be inspiring to hear the most accomplished people in our society have overcome significant adversity, but, in reality, we don’t have to fail so spectacularly to be successful in the end.

Putting failure on a pedestal and glorifying it could mean that we don’t learn from the actions that led to the failure in the first place. Failure helps us only when we stop to process what we have learned and integrate those insights into our business decision-making.

How to deal with fear of failure

To put it bluntly, fear of failure is going to ruin your business idea. There’s a difference between being cautious about things that could go wrong and being too afraid to make a move. You may well be a strong, open-minded person who takes a few risks as an innovator, but that doesn’t mean that, like most of us, you won’t be afraid sometimes.

It’s crucial to remember that the greatest failure is the failure not to try. Here are some things you can do to overcome your fear of failure: 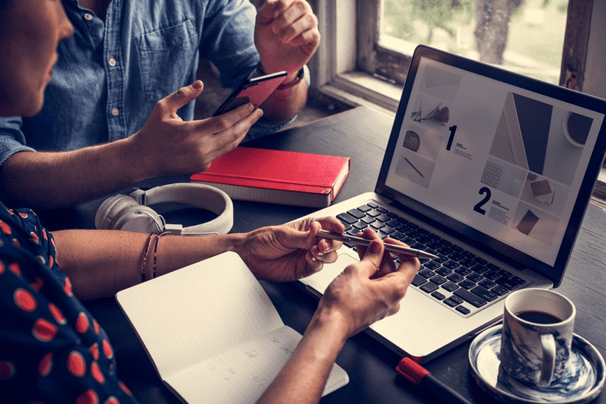 In product development, the minimum viable product (MVP) is a product with just enough features to satisfy early customers, and to provide feedback for future development. The idea is that rather than waiting to perfect and polish every aspect of a product before it gets tested, or goes to market, the MVP helps innovators to be more agile, ship their concepts much more rapidly, and get customer feedback that helps them to continuously improve the product to make it better, stronger and more attractive more quickly. Waiting until the business has developed the ‘perfect’ product often means wasting time and money, and in some cases allows the competition to get there before you do.

Some tips for when failure happens

Given that failure – learning – and innovation go hand-in-hand, here are some tips on how to deal with it.

How do you know when to quit?

Sometimes, the genuinely best thing to do it is to quit the idea. Here are some ways that you can tell whether or not you should continue to pursue your innovation.

I would love to help you to work through your innovation challenges and to make them a success. Join my Idea Time Membership for one-to-one tailored support and resources, and I will walk alongside you every step of the way as your business consultant, human knowledge bank, sounding board and cheerleader to help you to succeed in commercialising your awesome ideas.

Any cookies that may not be particularly necessary for the website to function and is used specifically to collect user personal data via analytics, ads, other embedded contents are termed as non-necessary cookies. It is mandatory to procure user consent prior to running these cookies on your website.